It’s particulary true for China, because if at first one would think that this overpopulated country would have been a prime target for the marketing department of large video games companies, the fact is it did not happened.

Some reasons to that :

However, there were two independent provinces related to China that contradicted most of the above elements : Hong Kong and Taiwan.
It was enough for Nintendo to establish themselves in these markets, in this article we ‘ll look at Taiwan and the Super Famicom .

Made in Japan, in Taiwan 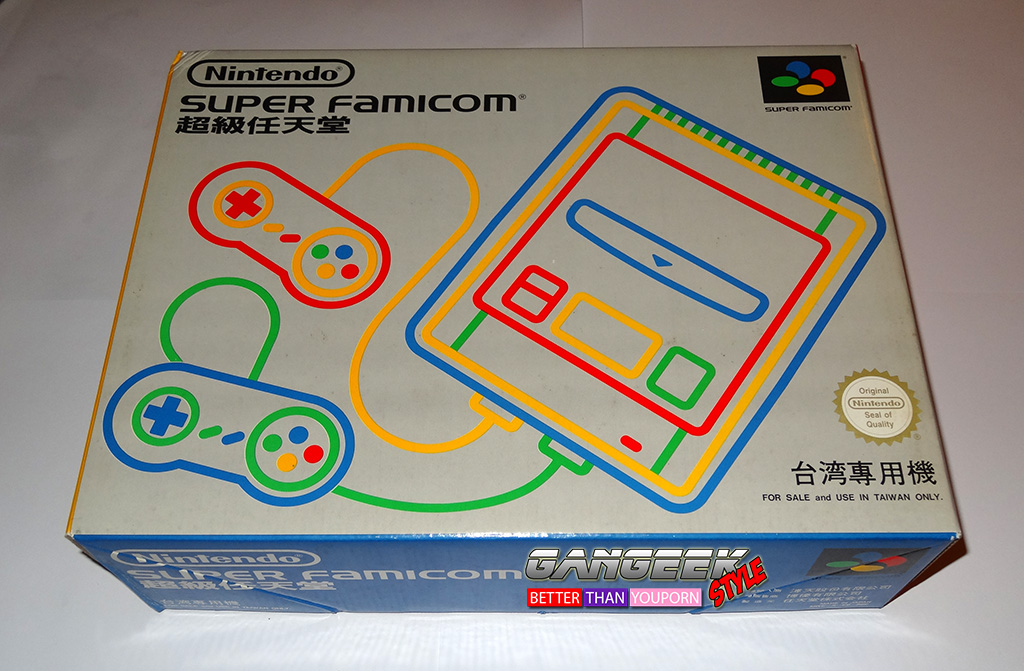 This is obvious , packaging and console are taken directly from the Japanese version.
Contrary to Hong-Kong Super Nintendo (distributed by Mani Limited) or the Korean Super Comboy ( distributed by Hyundai) , in Taiwan it’s Nintendo himself that distributed his console , so logically the design of the box of the Super Famicom was almost unchanged.

A literal translation in Mandarin was added with a warning “For sale and use in Taiwan only” . The country code associated to the box and booklet is ” ROC ” (for Republic of China ) .

The console works in NTSC (standard used in Taiwan ), it was sold with two joypads , a video cable and a power supply. No game was included in the package presented in this post. It is dated from 1992.

Rarity level : to obtain one day this model boxed it may take a little luck or good contacts, or both !

However there is at least one official Nintendo taiwanese game, it’s Sengokushi III (Romance of the Three Kingdoms III).
The fact that this popular game has a story which takes place in China after the Han dynasty explains the translation effort (this is a strategy game hard to understand if you do not understand the texts).

The box, booklet, map and even the game have been translated in chinese, the country code for these elements is ROC / SCHN. 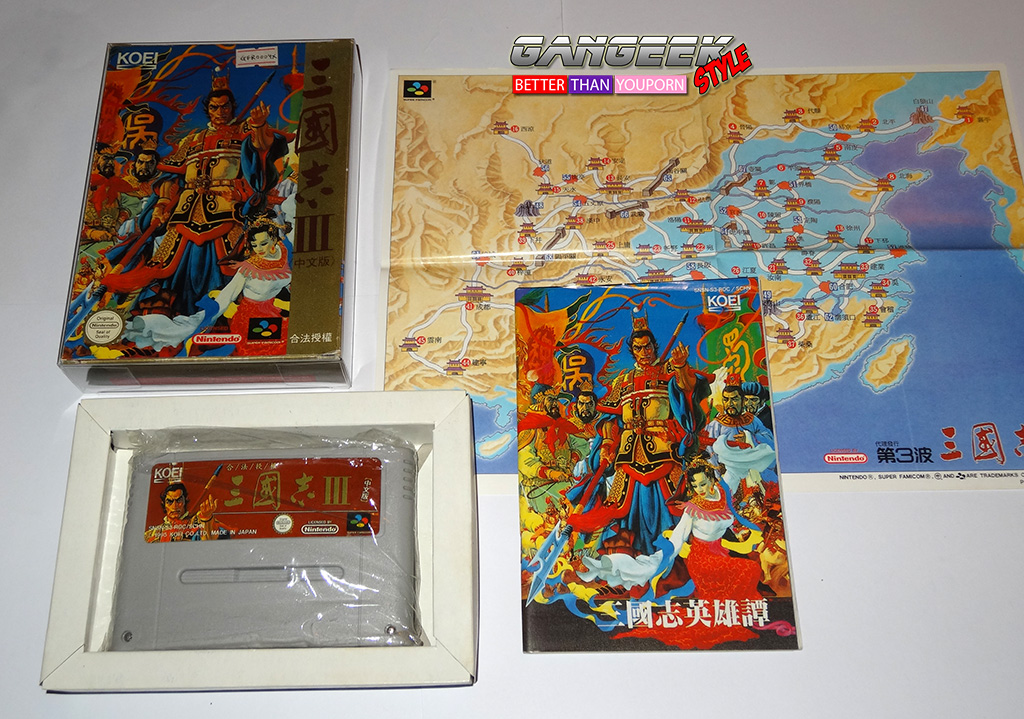 The boxe’s size is the same as the PAL / US ones. The game is from 1995, 3 years after super famicom’s version and 2 years after US version.

At present time it is the only official Taiwanese Nintendo game known , but feel free to comment the article if you know more about the subject.